NASA's Plan To Save Earth From a Giant Asteroid 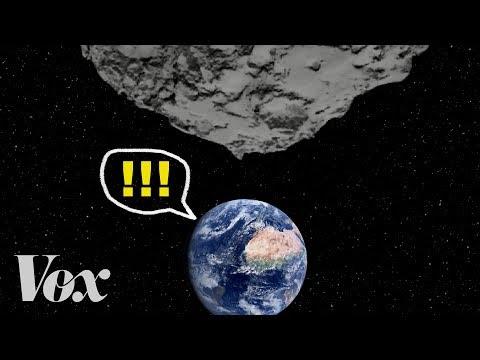 65 million years ago, a large asteroid collided with Earth near present-day Chicxulub, Mexico. The impact was a climactic event that likely contributed to dinosaur extinction. Today, Earth remains vulnerable to asteroid collisions. In recent history, space rocks have landed in The United States, Russia, and elsewhere. In the event of a potential asteroid collision, NASA has developed several options for dealing with the threat. Researchers at NASA’s Center for Near Earth Object Studies and Jet Propulsion Laboratory have proposed using blunt force, weaponized deflection or a theoretical tool called a gravity tractor to deflect impact. In addition to developing contingency plans, NASA scientists are also searching the sky for future asteroid threats.

Vox.com is a news website that helps you cut through the noise and understand what's really driving the events in the headlines. Check out http://www.vox.com to get up to speed on everything from Kurdistan to the Kim Kardashian app.