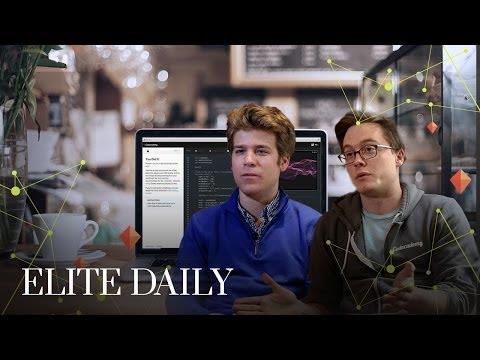 As a student, Zach Sims was already a prodigious talent. A political science major at Columbia University, Sims worked with startups like GroupMe and Drop.io while building an impressive resume up until the point that he accomplished "everything" he wanted in college.

It's then, with just one year to complete before earning his bachelor's degree, that Sims decided to drop out the Ivy League institution. Key to his experience after dropping out, though, was the fact that he didn't stop educating himself. And what he'd found after leaving Columbia was that people were better off learning things by actually doing them.

It is with this approach that he and former classmate Ryan Bubinski founded Codecademy, a startup which launched in August 2011 and teaches people how to code for free. Codecademy was an instant hit. In just the first 72 hours after releasing its first lessons, the company attracted 200,000 users who were eager to develop a skill that Sims says will be an ever essential tool for the next generation of professionals.

"In 20 years, programming will just be another blue-collar job or related to almost every major employment field," he told the New York Times a month after launching.

With Codecademy, Sims and Bubinski are leading the way to the future.

What is Elite Daily?
We proclaim ourselves to be the voice of Generation-Y and never disappoint.

As the premier online destination for aspiring men and women alike, Elite offers a forum of peer-to-peer interaction in an increasingly digitalized world.

The site consistently delivers diverse content with a fresh, relevant voice that appeals to the divergent perspectives represented within our ADD generation.
http://www.youtube.com/elitedaily